Leviathan (Part 1) - If your going to blame anyone, blame Jervis.

At the GT Jervis Johnson gave an interesting and enlighting seminar as if often the case at these events, this time it largely discussed Apocolypse, and included him making an entirely valid point that as tourny players for a great many of us there that, the tournament and events like it, was the hobby. Ive been of guilty of that as anyone, I often have wacky ideas, but few of them see fruitation due to the virus of "tourny legal" being too much of a concern. So with it that - and the release of a certain large plastic kit I decided for certain it was time to turn one of my wacky ideas into a reality. 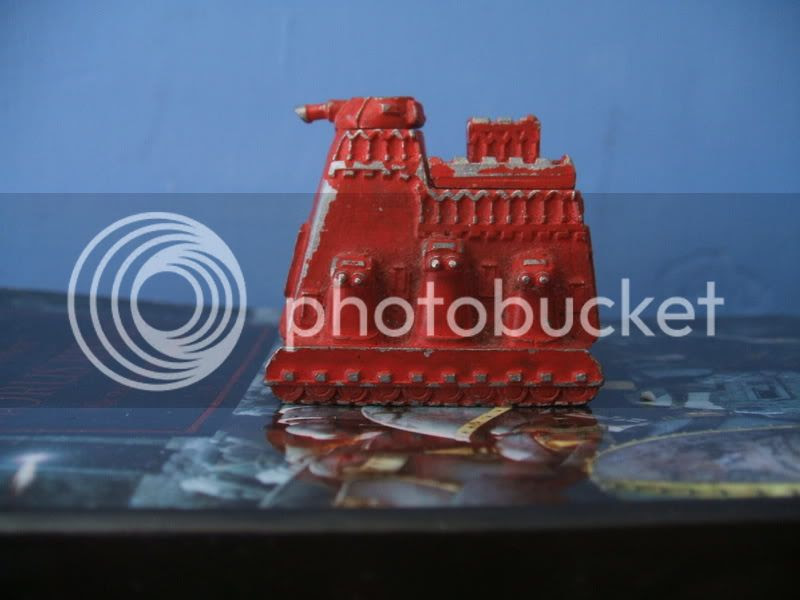 A few other people have created such beasts, notibly grandmasterscpectre and irfpio are examples I've followed, my only complaint with them has been that often they're a tad on the large side, however that said theres never been alot of work with, and what there is alot of variance in the impressions given.

The model above is the old epic model (minus its primary gun), its slightly larger in terms of length and width then a super heavy tank such as the Baneblade and in the last incarnation of it's rule carried 6 Infantry Stands (which equates to 30 models), previous rules versions had them carrying tanks however, and mentions of them in the background nearly always dipect them as real monsters, towering over the formations they command, some even with landing pads for Valkyeries and the like. A more recent background text covers the Battle of Tyrok Fields on Cadia during the 13th Black Crusade, the most telling piece for me here was that Reaver Titans were said to tip the traitor Leviathans over, that was the final nail for me and I decided upon something smaller (with the added bonus that it was actually portable!)

My model is based on two Baneblades, the first step was to join the track assemblies into something larger, this was surprisingly difficult as the various armour plates just didnt line up in a suitable spot (or any!). In the end I settled on lining up with the bottom plates above the wheels, the front half was cut after the third section, the rear before the second with the inside halves cut in line with this. 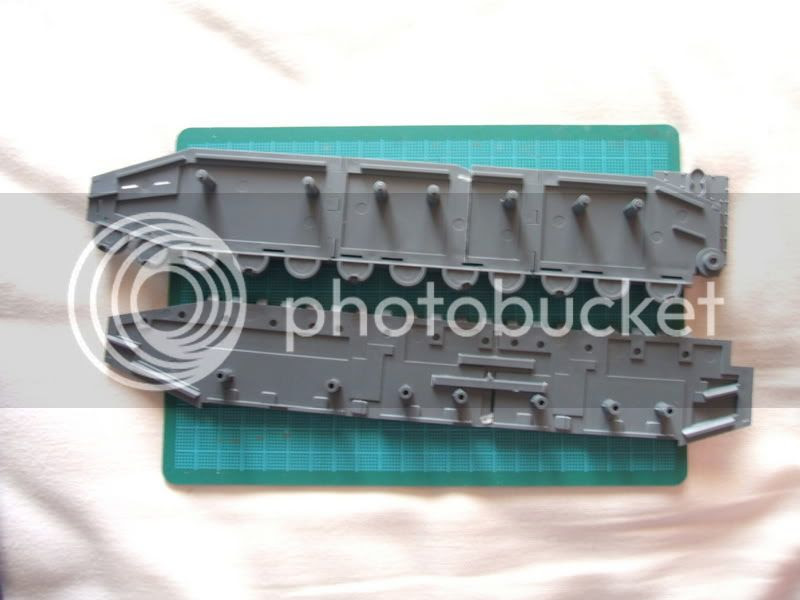 The result was considerably larger then a Baneblade, which felt pretty much spot on to me. 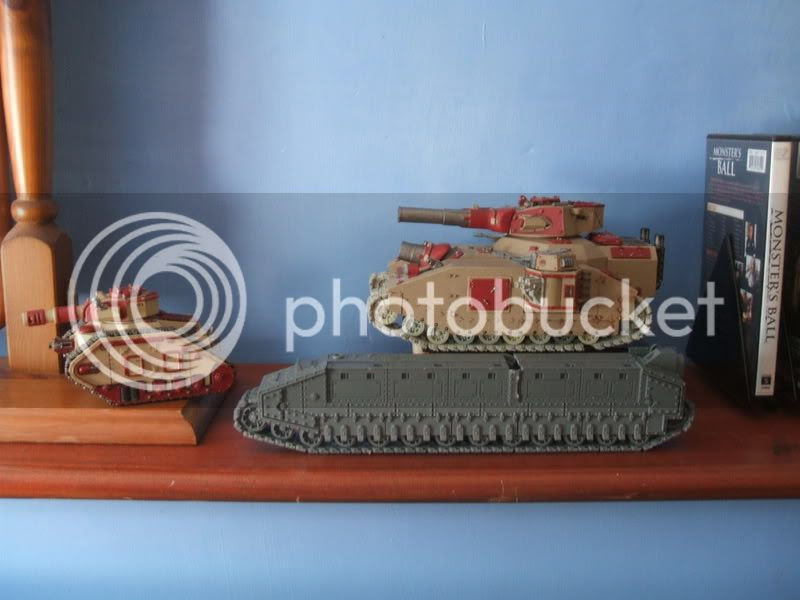 The two track assemblies were joined with a doubled up belly from the Baneblade kits, the overhang of the tracks filled with plasti-card, I can't emphasize enough how important bracing is at this point to give it strength and just keep the thing together, and how good sprue is for the job! 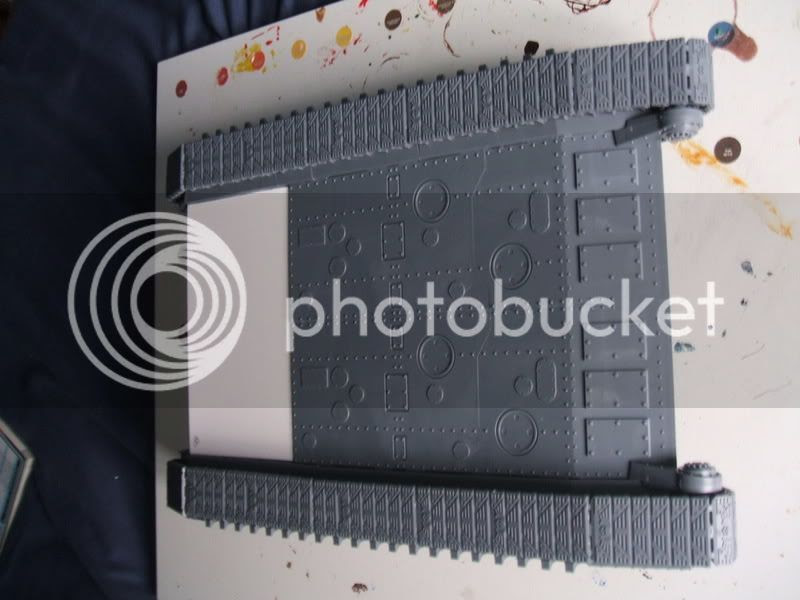 I was'nt sure at first how best to build the hull, I considered building a framework (which while more complex would be idea if intending interior detail), using a series of box's and finally using a series of panels, linked together with cross bars. It was this final option I went for in the end. 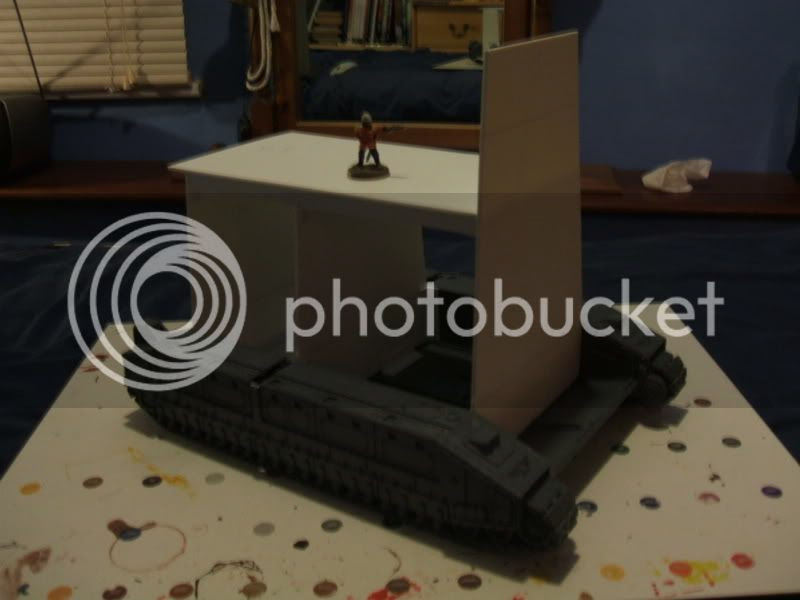 The skeleton was reinforced with crossbars on each side and plasti-strut for extra strength for the rigours of the gaming table. 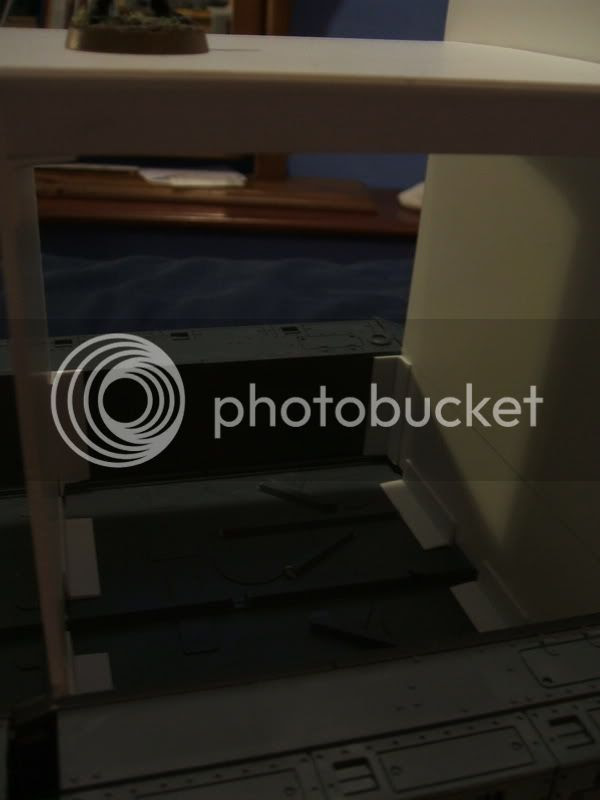 Now the sides were added, fixed to the skeleton. The next task was to get the turret towers on the sides up, the fore and aft turrets on each side were build around the top section of the Baneblade sponsons which was easy enough. The middle towers were more difficult, my initial idea was to cut out the mount from the Baneblade hull to mount its turret, but this proved itself a little too difficult, instead I built the tower using the bottom plate of the sponsons, I'll then add a turret cupola to act as a turret ring, fixing the third turret in place with magnets. 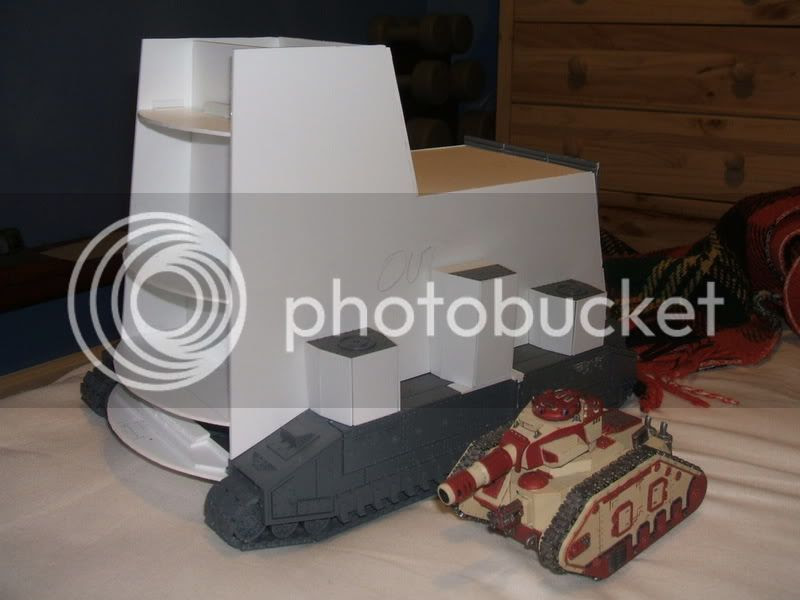 With that in (and lacking thin plasti-card at this point to do the front curve (more on this later), I've begun detailing, much of this will be done with the Cities of Death kits, starting with the rear of the vehicle using the Sanctum Imperialis, the door is embedded slightly with plate sections on the top and baneblade rear sections towards the bottom, much of whats left white will be armour plating. Theres a long long way to go, it's really only just becomming clear how much time it's going to take to get the detailing done to even just this small section, but I'm hoping the end result will be worth it. 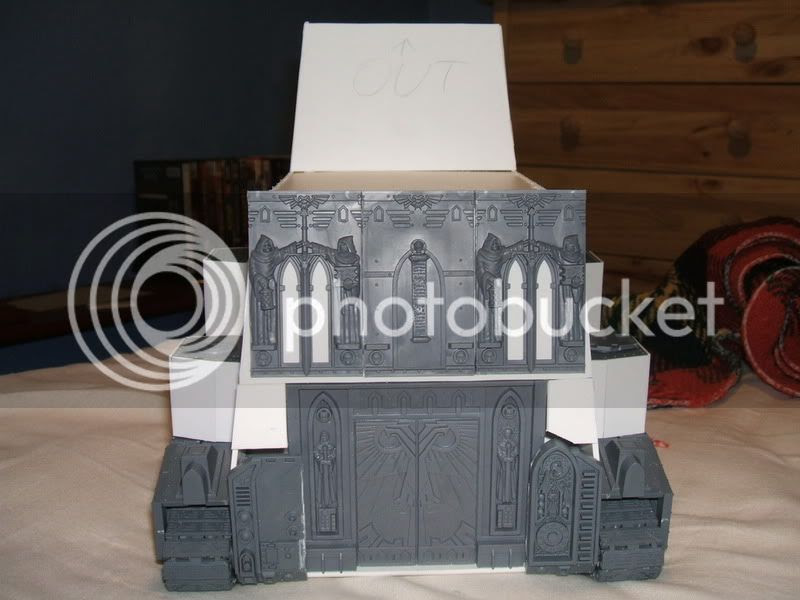 That's going to truly be a thing of great beauty!

Let it be know that the Fly Lords of Terra whole-heartily endorse this most crazed and wondrous creation of yours!!!

I've been meaning to make a cool BoLS datafax for a Leviathan, and your project may just give me the final push in that direction.

I will be eagerly awaiting further updates.

bigred, it would be great to see a Datafax on BoLS for the Leviathan! Those you've published so far have been superb IMHO, balanced well thought out rules for some classic vehicles with very professional presentation, I salute you sir/s!

sir, I am impressed. I will be keeping an eye on this for sure!!

Thanks very much! I must admit the project has ground to a halt again while I'm working on smaller vehicles, will come back to it soon though.